The Sukhoi Su-35 (Russian: Сухой Су-35; NATO reporting name: Flanker-E]) is a heavily upgraded derivative of the Su-27 'Flanker.
While the aircraft maintains a strong superficial resemblance to the Su-27, the airframe, avionics, propulsion and weapons systems of the Su-35 have been thoroughly overhauled.
Technological advancements have produced more compact and lighter hardware, such as the radar, shifting the centre of gravity to the aircraft's rear. These improvements removed the need for canards (Su-30) and saw the abandonment of the "tandem triplane" featured on several Su-27 derivatives. Also omitted was the Su-27's dorsal airbrake, which was replaced by differential deflection of the vertical stabilizers. Other aerodynamic refinements include a height reduction of the vertical stabilizers, a smaller aft-cockpit hump, and shorter rearward-projecting "sting".
The thrust vectoring nozzles operate in one plane for pitch, but the canting allows the aircraft to produce both roll and yaw by vectoring each engine nozzle differently. A similar thrust vectoring system is also implemented on the PAK FA.
The engine gives the Su-35 limited supercruise capability, or sustained supersonic speed without the use of afterburners. Radar-absorbent material is applied to the engine inlets and the front stages of the engine compressor to halve the Su-35's frontal radar cross-section (RCS); the canopy was also modified to deflect radar waves.
The Su-35 employs an Irbis-E passive electronically scanned array radar that constitutes an essential component of the aircraft's fire-control system. The radar is capable of detecting a 3-square-metre (32 sq ft) aerial target at a distance of 400 km (250 mi), and can track 30 airborne targets and engage eight of them at the same time. Su-35S uses the N135 Irbis passive antenna array with electronic scanning radar for improved locating. The radar can also map the ground using a variety of modes, including the synthetic aperture mode. The Irbis-E is complemented by an OLS-35 optoelectronic targeting system that provides laser ranging, TV, Infra-red search and track (IRST) functionality. The Su-35 is compatible with a multitude of long- and short-range air-to-air missiles, precision and unguided air-to-ground weaponry that include missiles, fuel-air bombs and rockets. A maximum weapon payload of 8 tonnes can be carried on the fourteen hardpoints. The fighter may use missiles with a range of up to 300 km 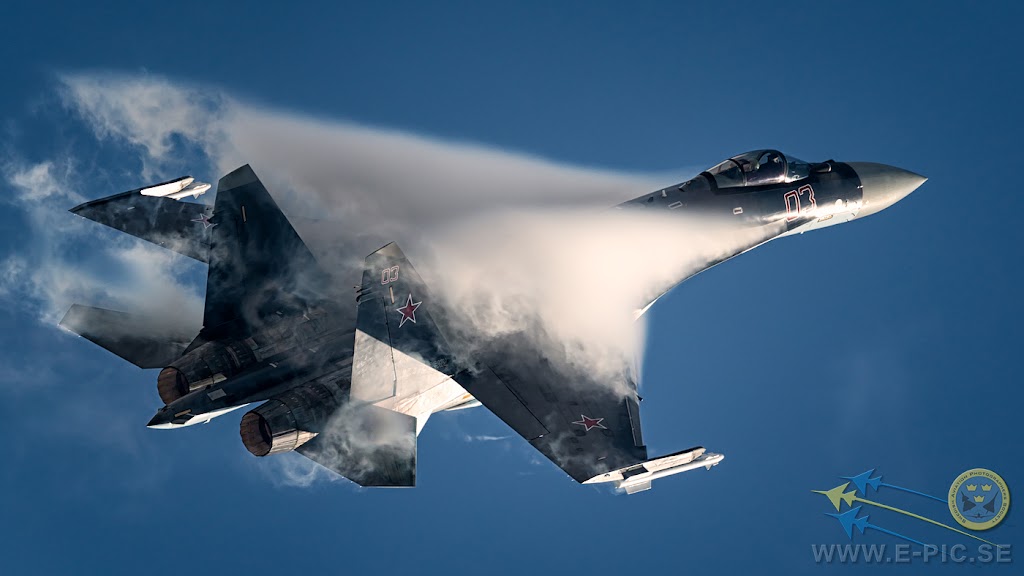 « Now this is an Interesting one
Real life transformer »