The Sukhoi Su-17 / Su-22 (NATO reporting name: Fitter) is a Soviet variable-sweep wing fighter-bomber developed from the Sukhoi Su-7. It enjoyed a long career in Soviet, later Russian, service and was widely exported to Eastern Bloc, Middle Eastern air forces and Latin America as the Su-20 and Su-22.

Seeking to improve low-speed and take-off/landing performance of the Su-7B fighter-bomber, in 1963 the Sukhoi OKB with input from TsAGI created a variable-sweep wing technology demonstrator. . A fixed inner wing simplified construction, allowing the manufacturer to retain the Su-7 landing gear and avoiding the need for complex pivoting underwing hardpoints, and it minimized the shift in the center of pressure relative to the center of mass with change in wing sweep. The new wing also had extensive leading-edge slats and trailing-edge flaps.
The production aircraft was named Su-17 (NATO designation "Fitter-C") and was unofficially dubbed Strizh (Стриж, martlet) in service. Aside from the new wing, it differed from its predecessor Su-7 in having a new canopy and a dorsal fuselage spine for additional fuel and avionics. The Su-17 first flew on 1 July 1969 with E. K. Kukushev at the controls. 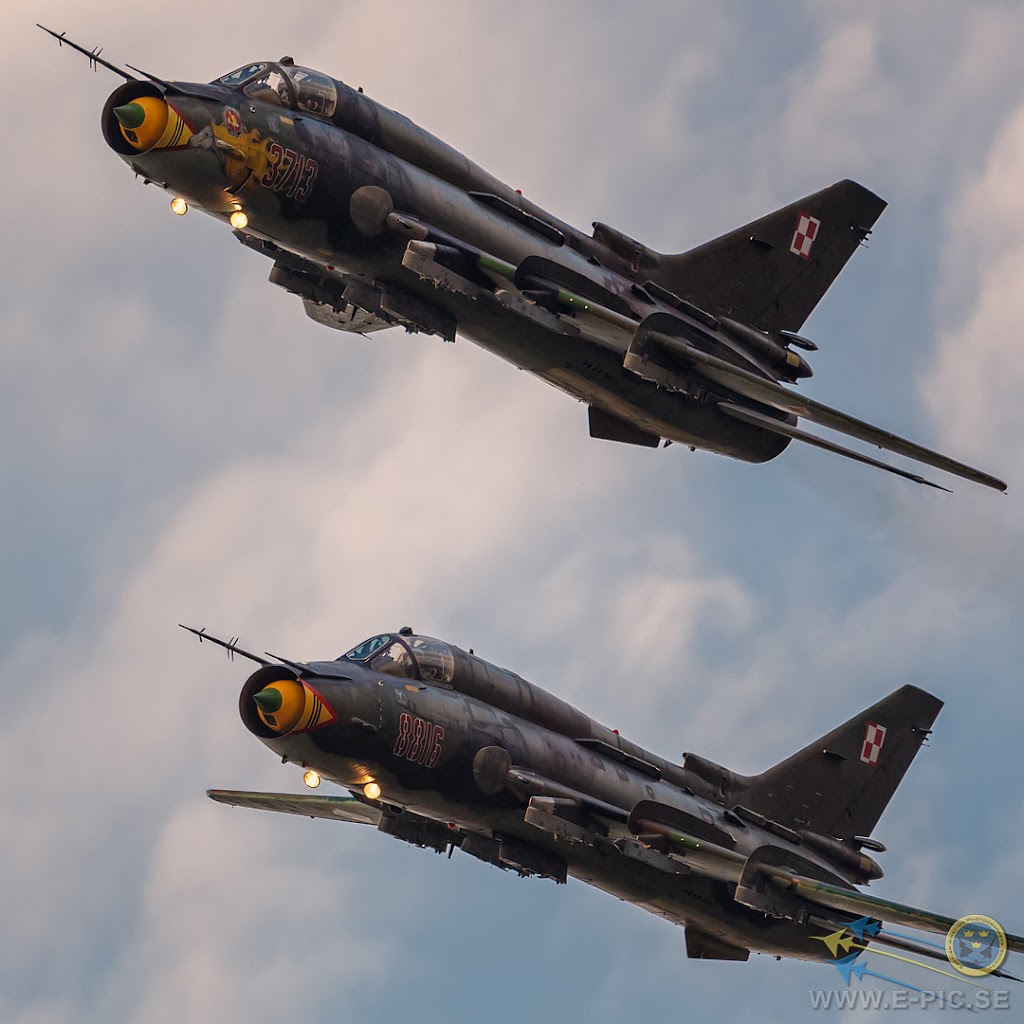