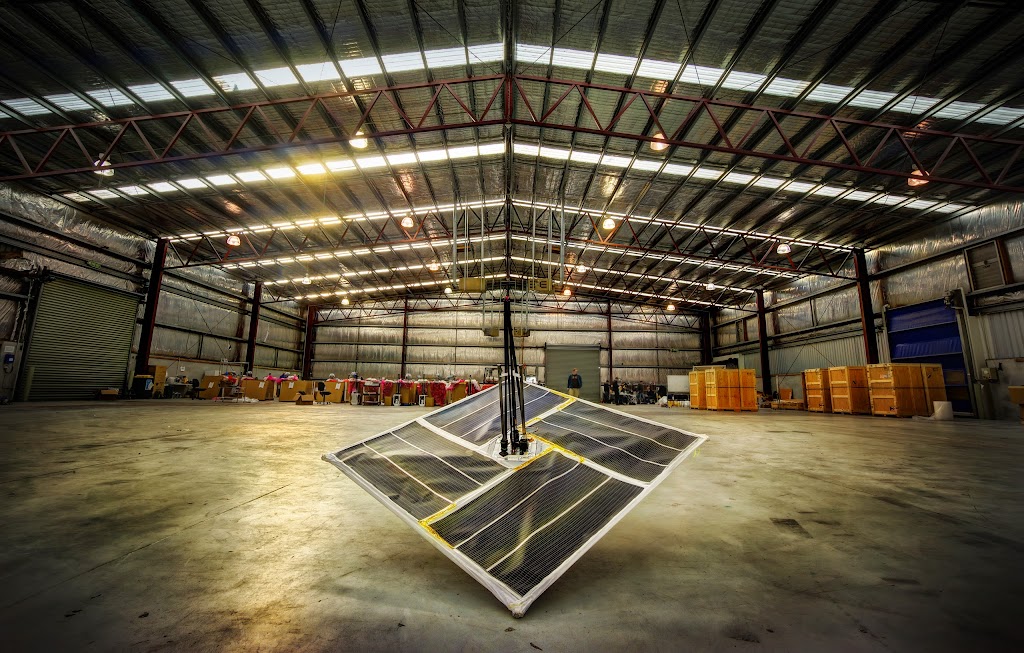 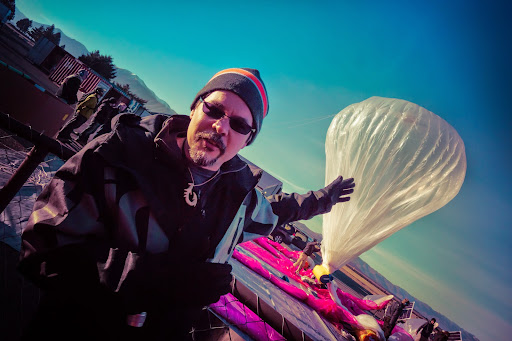 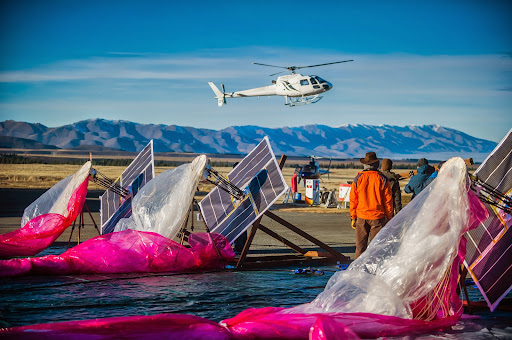 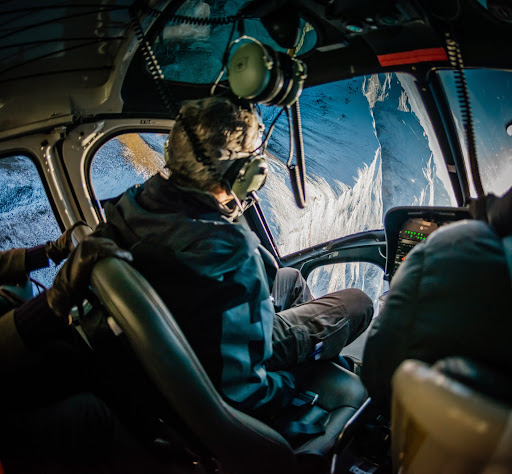 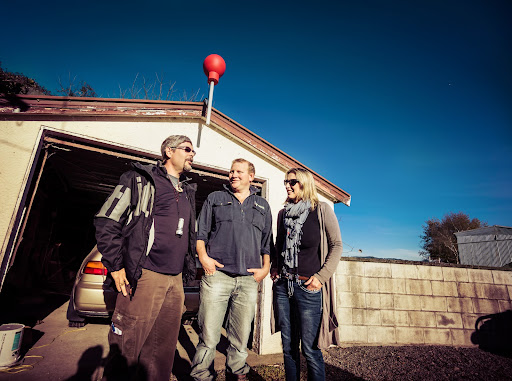 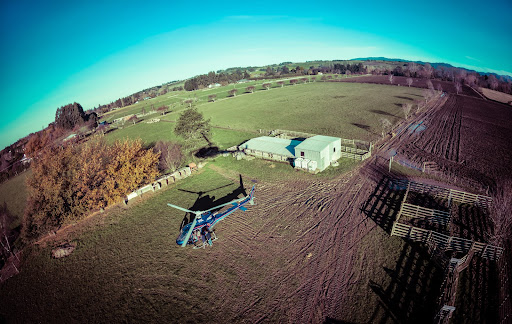 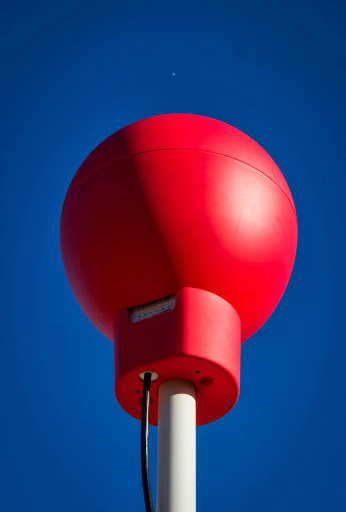 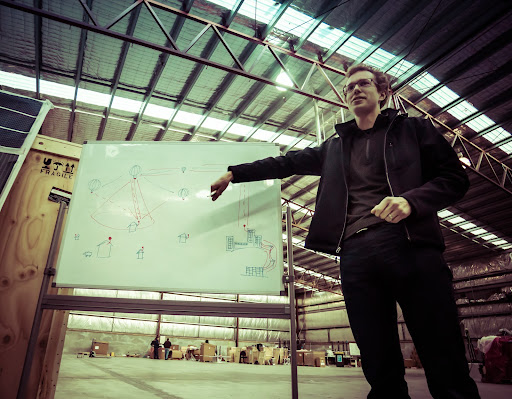 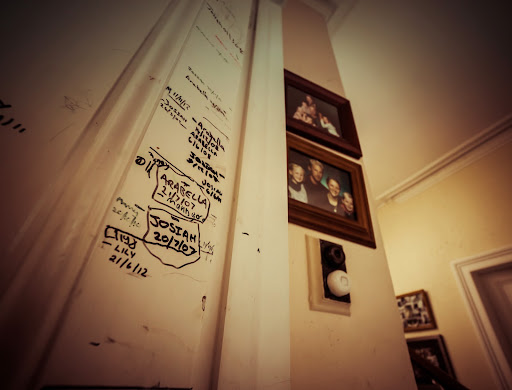 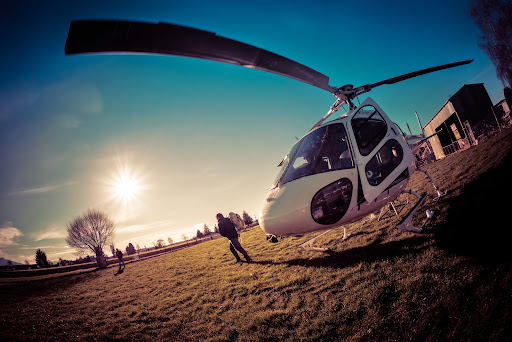 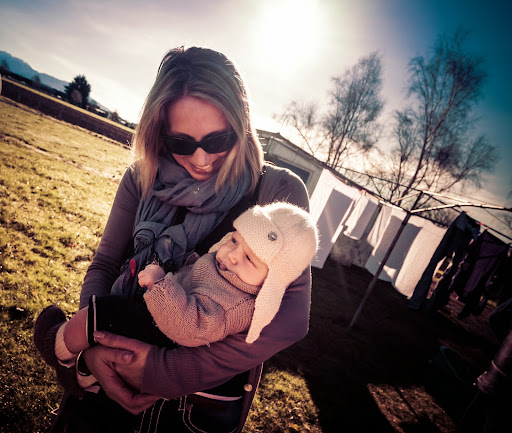 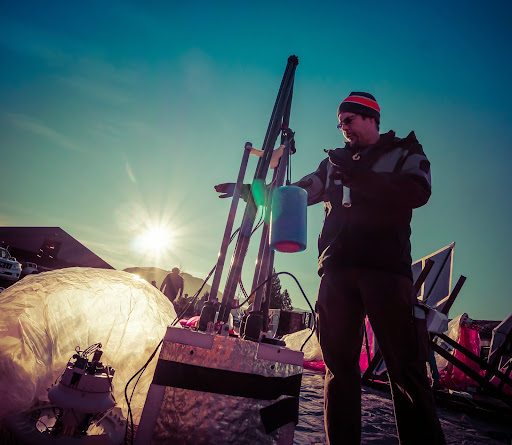 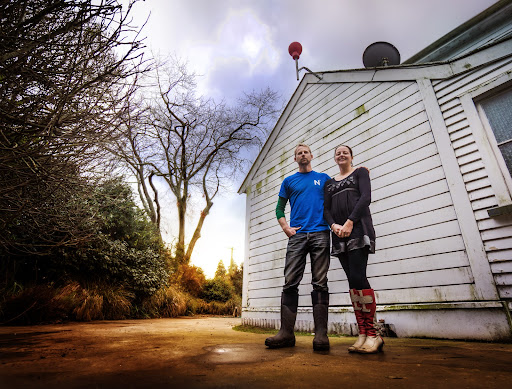 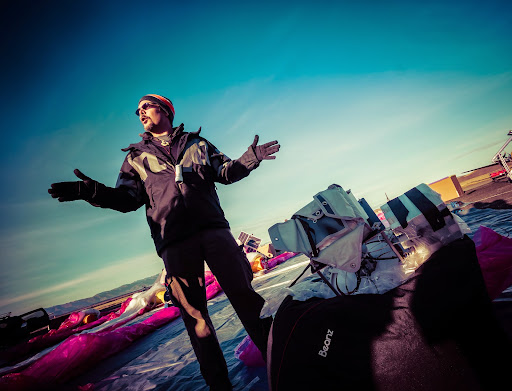 See the Full article with all the pretty pictures on blog at:  http://www.stuckincustoms.com/2013/06/14/google-internet-balloons/
See the YouTube video at:  http://www.youtube.com/watch?v=t9ULgTdPuks

4 AM, a week ago:
I get a strange email from Google.  Just sign the paperwork they say.  We can't tell you anything.  I sign, assuming it's gotta be cool with an approach like that.

Fast Forward One Week
Next thing I knew, I was up in a helicopter over Tekapo, New Zealand, sitting by Steven Levy from Wired magazine tracking balloons as they headed for the stratosphere. I was just a few hours north of my home in Queenstown, so I was excited to check out this secret Google X project right in my own backyard!

So, here's the whole story.  I'll start with a video I shot with Google Glass that shows some of the behind-the-scenes: http://www.youtube.com/watch?v=t9ULgTdPuks

(Note, here is the Longer Video linked therein that has a lot of the tech talk and geeky stuff if you want to know more.]

So, what's the reason for all this?  Well, there are billions of people on Earth without internet.  Billions!  What's a crazy (loon-y) idea to get them internet?  Step in Project Loon from Google X and Rich DeVaul.

New Zealand was a perfect test bed because even though we have only 4 million people, 1 million of us don't even have internet.  Or, if we have it, it's crazy-expensive.  We even visited one farmer (Charles) who said that he had to pay $1400 for ONE month of satellite-internet.  Crazy!

So, imagine a network, a mesh of balloons that spin around the earth, effortlessly handing off internet from one balloon to the next, just like the way you hand off phone service from one tower to the next as you drive.  You can see more about the tech on Google's Project Loon site at http://www.google.com/loon .

Anyhoo, I was invited along to take photos.  Google was nice enough to even officially license a few photos (thanks!). No, they didn't pay me to write a nice article.  I'm just kind of a Google fan.  Stephen Levy and Wired liked some of the more special photos too, so you can see even more in Stephen's article Wired magazine – http://www.wired.com/ .  Man, he's a cool guy.  You really get to know a dude when you're ripping through the New Zealand mountains with these crazy Kiwi pilots!

After watching the flawless launch on a chilly morning, we ended up taking a chopper to a remote farm.  There were a lot of choppers.  It was kind of like Apocalypse Google Now.

We landed and jumped off to go try out the internet.  Again, flawless.  I can only assume they had a few failed tests beforehand… they must have been working on this for a long time.  But man, it was smooth.  The family was super excited.  They were on www.Trademe.co.nz , which is the eBay of New Zealand.  The husband was looking for a new truck… his wife was not thrilled.

At lunch, the creator of the project, Rich DeVaul, told us a funny story.  I don't even know if I can repeat it, but I will.  It seems innocuous enough.  BTW, I'm not a real journalist or anything.  I'm just a guy that takes photos and likes stories.

[Queue Radiolab soundeffects] Rich is tearing down a highway in central California.  He's in his own car.  There are other Google people in there, and they are peering upwards and out the window like tornado chasers.  They have radio antennae, laptops, and all kinds of crazy Google equipment as they try to track a balloon.  At some point, they overload his alternator and they come to an unceremonious stop.  They are stranded.

Rich has to call his wife to pick them up.  She's been in the dark for years about this project, and he hasn't told her anything.  She drives hours and hours to pick them up.  He fills up her car with nerds and equipment and they sit there silently, ignoring the Fringe/X-Files nonsense that is happening in the backseat.  His lips form a line as he looks side to side innocently.  I'm not sure if that look actually happened, but it probably did.

I heard she's here at this press conference that's happening right now in Christchurch.  So now she knows everything; She's probably quite proud of him!

And, by the way, if you are here in New Zealand in Christchurch, come see me at the Festival of Flight at the Air Force Museum on Sunday! The Project Loon event is from 10am-2pm on Sunday June 16th.  There will be a lot about balloon science and stuff like that… bring the family! Here's a map:   http://goo.gl/xJ81W

Anyway, hats off to all the engineers and team members.  It's a cool project.  It's all quite early, of course, but if they can keep iterating, it will be a really cool option to get internet everywhere.  I can see remote villages in Africa having one of those red-ballooned antennas.  I can see it forcing competitive local internet services in SE Asia to provide cheaper service and no data caps (the same way Google Fiber is disrupting competitive services).  I can see myself putting one of those antenna on my truck so I have internet no matter where I travel in New Zealand to take photos.  Man, I can't wait!

A Photo-Essay of the launch
You can click through the photos in the album below to see more!  #HolyKaw

Photo Below: The Internet floats over New Zealand. Another Google Loon Balloon makes its way towards the stratosphere, spreading internet like ambrosia dripping from Mount Olympus.﻿