The multirole Be-200 can be configured as an amphibious water drop fire-fighting aircraft, a freighter, or as a passenger aircraft—the pressurised and air conditioned cabin allowing transportation of up to 72 passengers. The Be-200 can also be equipped for special missions. When configured as an air ambulance, the aircraft can carry up to 30 stretcher patients and seven seated patients or medical crew. In the search and rescue role, the aircraft can be equipped with searchlights and sensors, an inflatable boat, thermal and optical surveillance systems, and medical equipment. The search and rescue variant can accommodate up to 45 persons. The aircraft is also capable of being configured for anti-submarine warfare duties.[1][13]

The Be-200 fire-fighter suppresses fires by dropping water and/or chemical retardants. Eight ferric aluminium alloy water tanks are located under the cabin floor in the centre fuselage section. Four retractable water scoops, two forward and two aft of the fuselage step can be used to scoop a total of 12 tonnes of water in 14 seconds. Alternatively, the tanks can be filled from a hydrant or a water cistern on the ground. The water tanks can be removed quickly for carrying cargo. Water can be dropped in a single salvo, or in up to eight consecutive drops. The aircraft also carries six auxiliary tanks for fire-retarding chemical agents, with a total capacity of 1.2 m³. The aircraft can empty its water tanks over the site of a fire in 0.8 to 1.0 seconds when flying above the minimum drop speed of 220 km/h 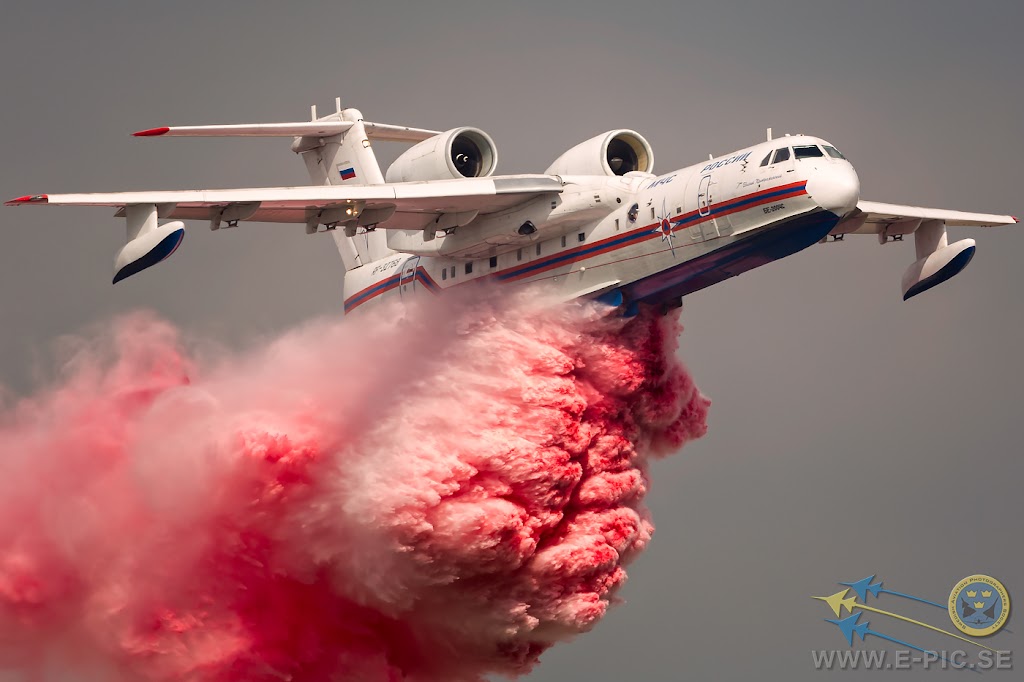 In Album Beriev Be-200 Altair